Home / Who we are / James Pirrie 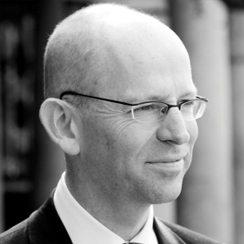 James was among the first arbitrators trained in the scheme and has used arbitration in two of his cases (including in Gavin’s case of S v S [2014] EWHC 7 (Fam) and he has been appointed (as at June 2015) in three more.

Incredulous that the model is not more widely employed, James is an enthusiast for arbitration and its capacity to deliver cost-effective solutions for families unable to reach agreement. The process is tailored to the separating couple’s needs, avoiding many of the restrictions that exist at court that create delay, anxiety and larger bills. The process is built around what is useful and realistic for the parties and their advisors so as to ensure that the issues are identified and addressed and each side has the chance of putting their case and knowing and answering the case of the other. It will therefore advance in a way that is more convenient (and in our experience less abrasive) than what clients will experience working their way through the 15 month process that is common at court.

James is a director at ‘FLiP’, which was established in 1995 to advance informed choice and expert service for clients: choice should be wide; other services should be available. Information must be appropriate and cost-efficient and clients should be properly supported. James was awarded Resolution’s inaugural John Cornwell prize in 2014 and also gave the Henry Brown lecture the same year.

James brings a variety of skills and backgrounds to his work: