Home / Who we are / Tom Carter 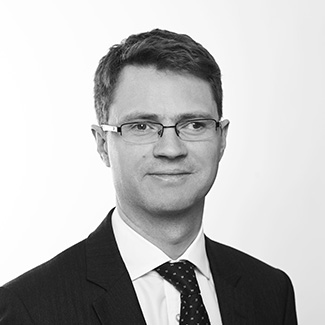 Tom is a barrister specialising in all aspects of financial dispute following family and relationship breakdown. He practices from 1, Hare Court, Temple in London. He was called to the bar in 2001 and qualified as an arbitrator under the IFLA financial scheme in 2016.

Tom’s practice encompasses the full spectrum of non-court dispute resolution, with the content ranging from fully contested final hearings through to the determination of more narrow ‘single-issue’ disputes and the process spanning from hearings conducted in person (or by way of video conference or telephone) to determinations given on the basis of written material only. Alongside his practice as an arbitrator, Tom is also regularly instructed to act as ‘judge’ within the ‘private-FDR’ process, assisting parties in seeking agreement within the financial remedy process by way of an early neutral evaluation.

Tom’s professional experience at the bar has been centred almost exclusively on the financial side of relationship and family breakdown, whether in the context of financial remedy claims arising on divorce or dissolution of civil partnership, financial claims made on behalf of children under Schedule 1 to the Children Act 1989, claims to arise after overseas divorce proceedings, international enforcement of court orders, disputes between co-owners under the Trusts of Land and Appointment of Trustees Act 1996, the creation (or subsequent interpretation) of nuptial agreements and claims against the estate of a deceased person under the Inheritance (Provision for Family and Dependants) Act 1975. Tom has built up considerable experience in complex financial cases including those involving asset tracing, third party claims, off-shore trusts, contentious company valuations and international issues. His reported cases include: FB v PS [2015] EWHC 2797 (Fam); Karim v Musa [2012] EWCA Civ 1332; S v S (ancillary relief after lengthy separation) [2006] EWHC 2339 (Fam); and Charalambous [2004] EWCA Civ 1030.

His description by Chambers & Partners 2019 was:

“Calm, considered and an excellent advocate, he’s a skilled negotiator who’s very sensible. He has an exceptional eye for detail.”

Details of Tom’s availability and fees can be readily obtained from the clerking team at 1, Hare Court, Temple, London via clerks@1hc.com

Tom graduated from Manchester University with a First Class Honours degree in Philosophy. He is a member of the Family Law Bar Association, the Chartered Institute of Arbitrators and of Resolution.

Tom lives in South London with his partner and their two children.